We often need for a design or a model to perform in a specified way. For example, the parameters in a nonlinear material model should be selected to best match the experimental stress-strain response. The geometrical parameters of a rubber bushing should be designed so that its force-deflection response matches the desired nonlinear stiffness behavior.

Optimization problems like these arise frequently. We refer to them as curve-fitting problems, because the goal is to minimize the difference between the specified target curve and the actual response curve
of our design or model.

Figure 1. The difference between a target curve and a design curve is minimized in a curve fitting optimization problem.

When comparing two curves, it is necessary to develop a single, scalar measure of how well these two curves match one another. A common measure is the Root Mean Square Error (RMSE). For a simple function

, the RMSE is calculated as follows:

is the number of points

at which the curves are compared,

points on the actual (design) curve and

are points on the target curve. A smaller value of RMSE indicates a better match between the curves.

HEEDS MDO has a built-in function to calculate the RMSE between two curves. So you only need to specify points on the target curve and define the two analysis model responses corresponding to the x and y values of points on the design curve. The objective in the optimization statement is then stated as:

If multiple curves need to be matched at the same time, then it is necessary to define a separate RMSE value for each curve. If there are three curves to be matched, for example, then the final objective
function can be written as the sum:

where wi are weighting factors that can be used to emphasize one or more RMSE values that are more important or more difficult to minimize. For example, if Curve 2 is the most important one to match accurately, then we could set: w1=1, w2=5, w3=1. 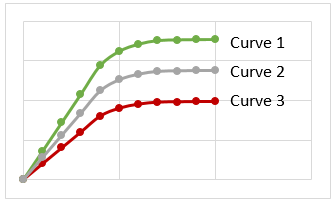 Figure 2. Multiple target curves that must be
matched by the same design or model.

Similarly, if a single curve has multiple parts, it is often advantageous to define a separate RMSE function for each part of the curve. If the curve has been divided into two parts, then the final objective function can be written as the sum:

For example, in a material that exhibits hysteresis the loading and unloading parts of the stress-strain curve are different. It would be difficult to use Equation (1) directly for this problem, but it is straightforward to split the curve into two parts, as shown in Figure 3. 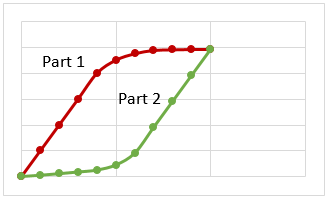 Figure 3. Multiple parts of a single target curve
that must be matched.

The most obvious examples of curve-fitting problems seem to be matching material models to experimental data. But there are numerous design studies where the goal is to match the response of a design to a preferred, or target curve. For example:

And there are many others. As a small variant on the curve-fitting problem, sometimes the goal of an optimization study is to maintain the design response to be always above or below a specified target curve. These two cases are also easily defined directly in HEEDS.

Even though curve-fitting problems are relatively easy to define, they are often not easy to solve. In fact, some curve fitting problems are among the most challenging optimization search problems. For this reason, it is important to use a powerful optimization search technology that thoroughly explores the design space while refining the solution locally at the same time, like SHERPA does.