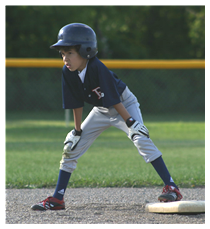 High school tryouts. College recruiting. Pro draft day. At every level of athletics, coaches face a tough pre-season decision. Select player A, a better than average athlete who has worked diligently for many years to maximize his potential under the tutelage of top coaches. Or choose player B, whose present skill level is not quite as high but who has greater raw athletic ability, is coachable and has real potential to be a superstar – a trait that coaches call “upside.”

A similar situation occurs in product development when selecting between two competing design concepts. A more optimized version of concept A may appear better than a version of concept B that has not been optimized. But concept B may have a lot more potential for improvement, a bigger upside.

The performance of a single example of a concept is not usually a good measure of the concept itself.

How optimized is concept A? What level of performance could be attained by concept B? We seldom know the answers to these questions prior to performing an optimization study.

In general, it is only possible to accurately evaluate two different design concepts when both have been optimized. Not necessarily fully optimized, but at least enough to project the performance of a near optimal version of each.

For example, material selection studies are often performed while holding the geometry fixed. The geometry was most likely developed for a particular material based on its density, strength and stiffness properties. If a new material with different properties is substituted within that same geometry, the performance of the design should not be expected to be as good as it might be. A modified geometry that takes full advantage of the new material’s attributes is needed to demonstrate the full potential of the material in that application.

Materials companies understand very well that they need optimized designs to show their products in the best light. The same is true for most other ideas, concepts and athletes.